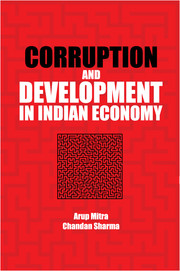 from Section 5 - Emerging issues in growth: The labour and capital markets