from Section 5 - Other Pulmonary Issues in Pregnancy 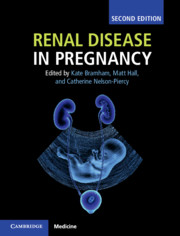 from Section 5 - Thromboembolism and Anticoagulation

from Section 4 - The pregnant patient with coexisting disease