from Part V - Materiality and Memory

from VIII. - Europe and the Mediterranean 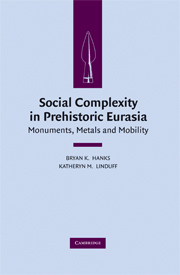