from I - FROM PURCELL TO HANDEL 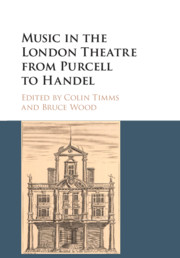