from Part III - Approaches and Readings

from Part I - Endtimes 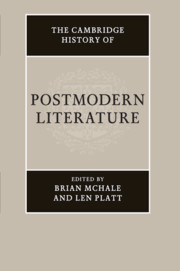