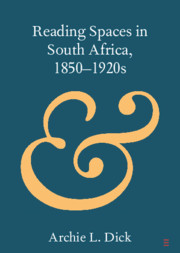 from 5 - Questions of the Archive and the Uses of Books