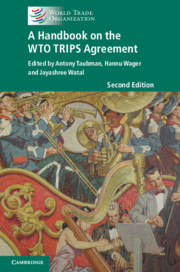 from Part II - Across Jurisdictions