from Act I Deleuze on Theatre: Artaud, Beckett and Carmelo Bene 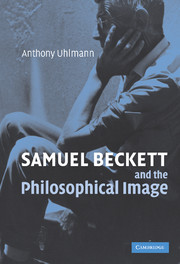