from Part II - Key Concepts and the Anthropocene: A Reconsideration 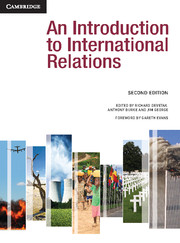