from Part I - Time, Nature and the Land

from Part III - Protection and Languages of Political Authority

from Part I - Foundations: Antiquity to the Enlightenment

from Part I - Free persons and freedom of action 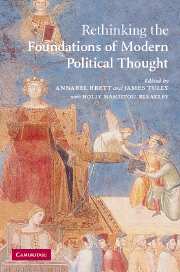