from Part I - John Stewart Bell: The Physicist 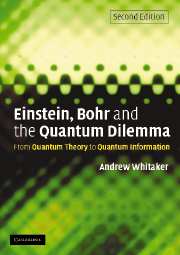