from Part IV - Judicial Power in Processes of Transformation 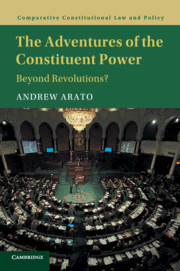