from PART II - Procedural Aspects and Avenues of Reassertion

from PART I - Introduction, Theory and Domestic Law Approaches 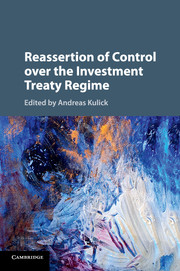 from Part I - Towards the Global Public Interest theory

from Part I - Towards the Global Public Interest theory