from Adolescence: transition from the GATT to the WTO 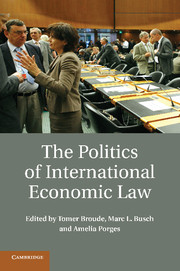