from Section 3 - Diagnosis of the Infant with Brain Injury 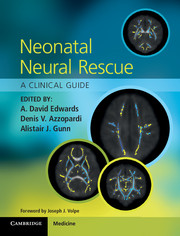 from Section 1 - Epidemiology, pathophysiology, and pathogenesis of fetal and neonatal brain injury

from Section 5 - Management of the depressed or neurologically dysfunctional neonate

from Part I - Epidemiology, Pathophysiology, and Pathogenesis of Fetal and Neonatal Brain Injury

from Part V - Management of the Depressed or Neurologically Dysfunctional Neonate