from Part I - The Legitimacy of Particular Dispute Settlement Mechanisms 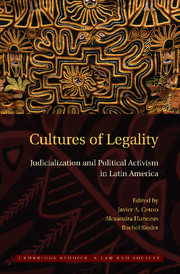