from Part IV: - Of the Kingdom of Darkness 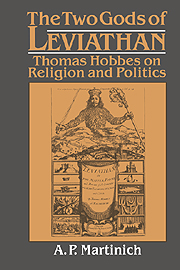