from Part I - Scattering and liquids

from Part I - Scattering and liquids 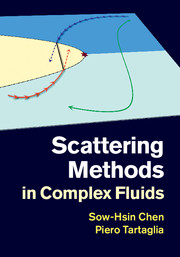