from Part IV - No Directions

from Part II - The Politics of Transition 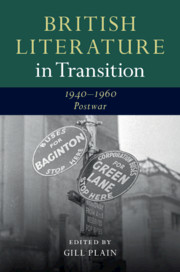