from Part I - Gender Quotas As Transformative Equality Remedies 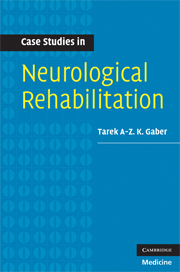 from Part I - Clinical rehabilitation