from I - The law of treaties 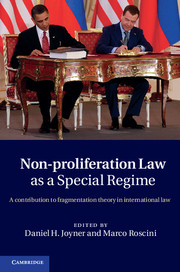 from II - The law of state responsibility