Transactions and Proceedings of the Modern Language Association of America, Proceedings at Philadelphia, Dec 28, 29, 30, 1887 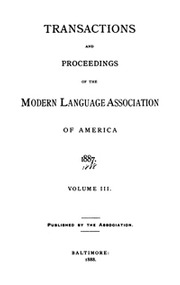