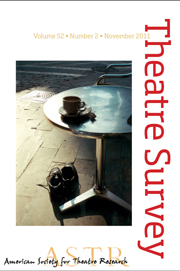 What Are You Rescuing?: Edited by Kim Solga