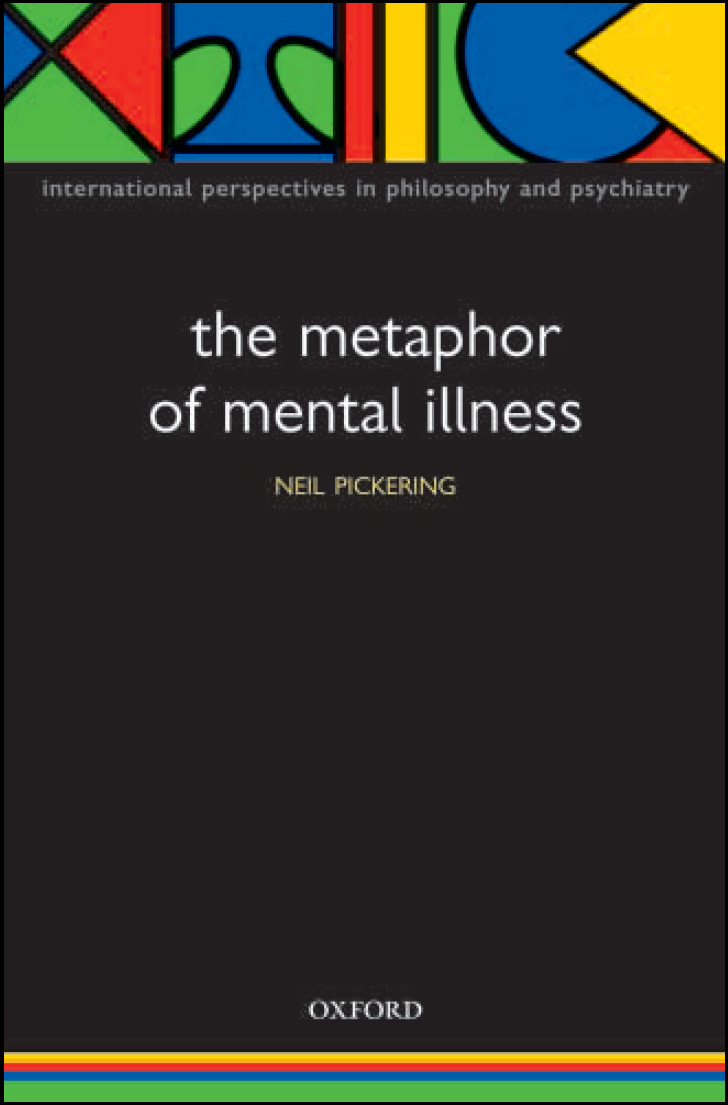 This book covers various issues concerning the concept of mental illness and its relation to general medical illness. It is a philosophical analysis, not a clinical or scientific one. The author considers the so-called likeness argument, which has various forms in the literature, according to which mental illnesses or disorders really are such because they are sufficiently similar to agreed physical illnesses. He criticises this form of argument on the grounds that the likenesses invoked typically recommend themselves as a result of the assimilation to the physical case, rather than being independent reasons for it. This criticism seems to work better for hypothesised likenesses, such as causation by disease, than evident ones such as distress and impairment of functioning. In any case, the author concludes that the categorisation of psychiatric conditions as illnesses is a matter of metaphor: ‘an imaginative shift into the illness category’.

The invocation of metaphor here explicitly refers to Szasz's work on the concept of mental illness in the 1960s, specifically the charge that the concept is illegitimate: a metaphor or myth. Influential though this charge may have been, for example in shifting the terminology in the diagnostic manuals from mental illness to mental disorder, one can ask whether this issue of terminology matters much, compared with the clinical phenomena, the services and the science. For this reason, a book which targets this 40-year-old problem invented by Szasz starts somewhat at a disadvantage. The notion of metaphor is no doubt important and interesting, but at the same time it is also somewhat specialist and esoteric. Its value as a key to turn the great locks of problems in clinical practice, the science of psychopathology and the sociology of psychiatry is doubtful – and I'm inclined to think it bends and breaks, unable to withstand the forces. So to this reviewer's mind this book on the metaphor of mental illness starts in the wrong place and uses the wrong tool. Nevertheless, it is a valuable update on several themes of conceptual analysis that run through the philosophy of psychiatry.