Mind, Self and Person 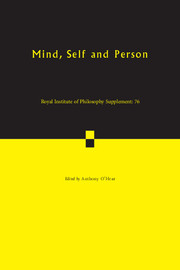