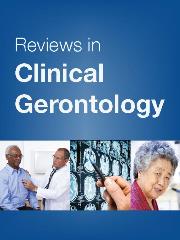 Identification and treatment of anaemia in older patients

The types and causes of anaemia differ between elderly and younger patients. Anaemia of chronic disease becomes the commonest cause of anaemia in the older age group and reflects the increased incidence of chronic inflammation and malignancy in later years. Iron deficiency anaemia is commonly seen and due to gastrointestinal blood loss. Furthermore dietary deficiencies not only of iron, but also of folate, protein and ascorbic acid can all precipitate anaemia in the many elderly subjects who live in poor socio-economic conditions. Pernicious anaemia, as with other autoimmune conditions, is also encountered more commonly in the elderly than in the younger population. Malignant blood disorders with associated anaemia, such as myelodysplasia and leukaemia, become more frequent with advancing age.

Identification and treatment of anaemia in older patients
×

Identification and treatment of anaemia in older patients
×

Identification and treatment of anaemia in older patients
×
×