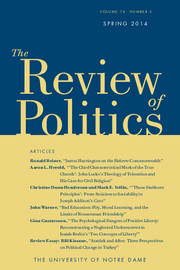 Book Reviews: A WOUND IN THE NATURE OF HUMAN SUBJECTIVITY

Book Reviews: DEMOCRACY IN LATIN AMERICA: PAST AND PRESENT