Intervention and the Ordering of the Modern World 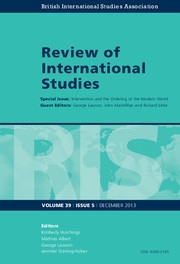