Dr Harrington made an enormous contribution to psychiatric training and research and to clinical practice in psychotherapy in Birmingham and the West Midlands, and he was the first Director of Postgraduate Psychiatric Education in the West Midlands Region. Generations of trainees are grateful to him, both for the unique and innovative scheme that he developed in the Midlands, and also for his personal qualities combining encouragement with the pursuit of high standards. 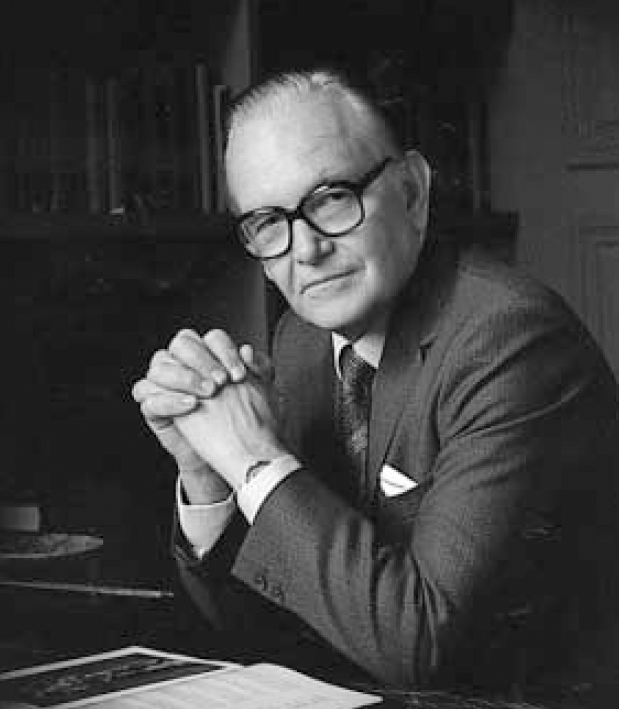 Harrington was born in Singapore in 1922. He qualified in medicine from the University of Cambridge and St Thomas's Hospital in 1944. After service in the RAF in south-east Asia he trained in public health and worked for the Medical Research Council before deciding upon a career in psychiatry. His psychiatric training started at the Crichton Royal Hospital and continued at the Maudsley.

He moved to Birmingham in 1955 to help establish a new psychiatric research and early treatment clinic, and here he worked with Professor Mayer-Gross at Uffculme Clinic. This was an exciting period for the generation of research ideas, and his subsequent publications cover a large area of psychiatry and related subjects including biological psychiatry, ethology, research into psychotherapy and social psychiatry. John Harrington established himself as a social psychiatrist in the best and most comprehensive meaning of the term.

After being awarded a travelling fellowship to the USA he took a keen interest in postgraduate education and training for doctors and other mental health professionals. Later on, he became the first Director of Postgraduate Psychiatric Education in the West Midlands Region and pioneered both a rotational training scheme for senior registrars in psychiatry and an highly successful scheme for part-time training of women doctors in psychiatry. He combined excellent administration of the scheme with the personal qualities of warm encouragement and high professional standards. As a result, the Midlands recruited well to psychiatry at a time of national shortage in the speciality, and many generations of future consultant psychiatrists are extremely grateful to John Harrington for his significant contribution to their training.

Elected to the first Council of the Royal College of Psychiatrists, he took an active part in developing its regional activities in the Midlands. He made psychotherapy his special interest and helped to found and develop the West Midlands Institute for Psychotherapy. He greatly enjoyed all aspects of his work and gained considerable satisfaction when former trainees said how much they had benefited from working at Uffculme Clinic. He encouraged schemes for mental health promotion and saw laughter as psychologically important, and those who provided it as benefactors in protecting mental health.

In the 1960s he hit the national headlines when the then Minister of Sport suggested he set up a research team to investigate the problems of football hooliganism that were becoming troublesome. He published a report that fore-shadowed later reports into the behavioural problems that continue to cause concern today. In fact, football could be taken as an appropriate metaphor for the valuable contribution he made to so many professional activities — psychiatric postgraduate education, development of the regional psychotherapy centre, psychiatric services in Birmingham. All these activities in which John Harrington was prominent functioned like an excellent football team — and John was always the captain. He produced a superb working atmosphere in which everyone endeavoured to produce their very best. With consumate skill he enabled the star performers to score, at the same time preventing those with more moderate ability from damaging the outcome, and bringing on the colts who took great pride in playing with his team. John Harrington was much too well read and conceptually broadminded to conform with any narrow label of psychiatric specialism. He was a complete psychiatrist combining theory and skills from many different areas of knowledge.

He travelled widely, enjoyed motor-caravanning, bird-watching and garden tours. With Margaret, his wife, the Harringtons were superbly hospitable, and their party was the outstanding event of the Midlands psychiatric calendar. He died on 8 November 1999, and leaves his wife Margaret and two sons, one a general practitioner and the other a professor of child psychiatry.