Hormonal and immune changes with age: effect of energy restriction 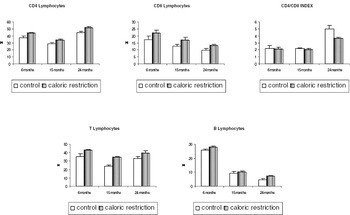 Figure. Values are means with their standard errors represented by vertical bars for six animals per group.