Environmental factors, including diet, modify colorectal cancer (CRC) risk. Non-digestible carbohydrates (NDCs) such as resistant starch (RS) appear to be protective( 1 ). These beneficial effects may result from butyrate production, a short-chain fatty acid( 2 ), by colonic bacteria. The Wnt pathway is involved in the regulation of processes including proliferation and apoptosis in the large bowel. CRC can result from an imbalance in proliferation and apoptosis, and an abnormal crypt mitotic cell distribution is one of the earliest detectable alterations in the normal mucosa prior to CRC( 3 ). The Wnt pathway is implicated in the aetiology of sporadic and inherited CRCs( 4 ), and butyrate may modulate Wnt signalling( 5 ).

This study aimed to investigate the effects of supplementing healthy participants with NDCs on Wnt-related gene expression and its functional outcomes, such as proliferation, in the bowel. We hypothesised that NDC supplementation would increase colonic butyrate and positively modulate Wnt signalling.

Using a 2*2 factorial, double-blind RCT design, 75 participants were supplemented with RS and/or polydextrose or placebo for 7 weeks. Rectal mucosal biopsies were collected pre- and post-intervention and used to quantify Wnt-related gene expression in duplicate by quantitative PCR. Crypt cell proliferative state (CCPS) was assessed following whole crypt microdissection of stained biopsies as described by Mills et al. ( 6 ). The number of mitotic and apoptotic events per crypt were counted in 10 crypts per participant. 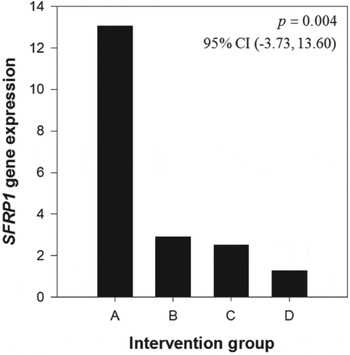 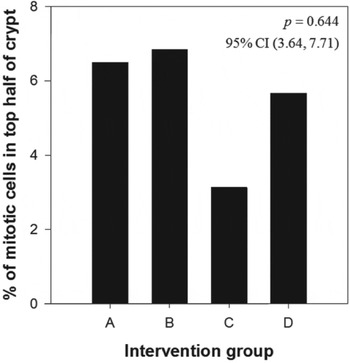 Fig. 2. Mean post-intervention % of mitotic cells in top half of the crypt (n = 24). Data is presented as least squares means.