Star Clusters: From the Milky Way to the Early Universe 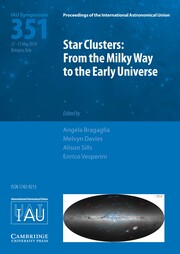