Galactic Dynamics in the Era of Large Surveys 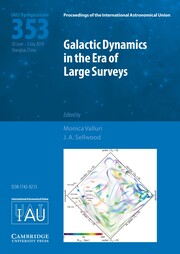