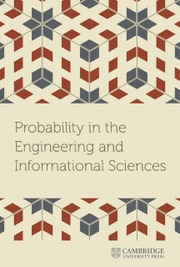 A value-at-risk approach to futures hedge

This paper examines the value-at-risk (VaR) implications of mean-variance hedging. We derive an equivalence between the VaR-based hedge and the mean-variance hedging. This method transfers the investor's subjective risk-aversion coefficient into the estimated VaR measure. As a result, we characterize the collapse probability bounds under which the VaR-based hedge could be insignificantly different from the minimum-variance hedge in the presence of estimation risk. The results indicate that the squared information ratio of futures returns is the primary factor determining the difference between the minimum-variance and VaR-based hedges.

A value-at-risk approach to futures hedge
×

A value-at-risk approach to futures hedge
×

A value-at-risk approach to futures hedge
×
×