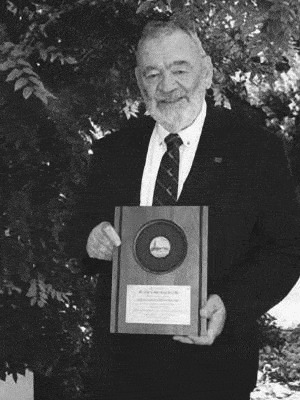 Recently, Frank McClune, who has served as Editor-in-Chief of PDF, announced his retirement. Here is the announcement from ICDD:

Frank guided the organization through many major transitions; most notably he led the conversion of paper formats of the PDF to CD versions, allowing for quicker more complete access. During Frank’s tenure, the PDF has grown tremendously in size and technical capability due to his careful coordination of editorial task groups, cooperating database organizations, and the development of an extensive rigorous editorial process.

Frank was elected as a Fellow of the ICDD in 2000 and designated as a Distinguished Fellow in 2003, both well deserved awards!

Frank has always been willing to provide assistance to ICDD employees, editors, and members and will continue to do so. Although retiring, Frank will continue supporting ICDD editorial efforts in his new role as Editor Emeritus.

I have known and worked with Frank since I became an ICDD member about thirty years ago. Frank’s experience in editing the PDF was especially helpful as I served as Chairman of the Technical Committee of ICDD from 1992 to 1998.

In the last 10 years since I have been the Editor-in-Chief of Powder Diffraction, Frank assisted in editing and evaluating new diffraction data before publication. Accepting our invitation, Frank agreed to serve as an official editor for this journal’s New Diffraction Data section earlier this year. His editing efforts are valuable and very much appreciated by this journal and its authors.

I am delighted to report that Frank has agreed to continue serving as an editor for Powder Diffraction. Thank you and happy editing, Frank!