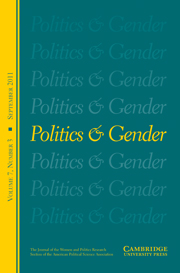 The Meaning and Measurement of Women's Interests