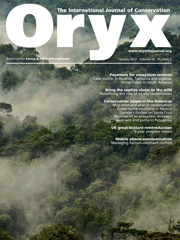 Conservation issues in the Americas