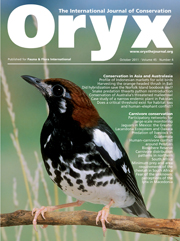 Conservation in Asia and Australasia