The syntax of nominals and noun phrases 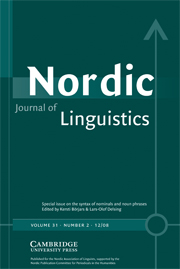