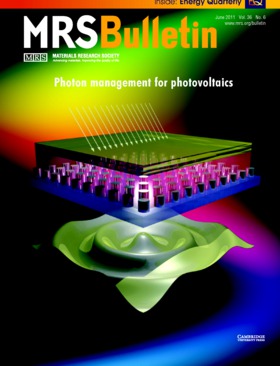 Photon management for photovoltaics. This issue of MRS Bulletin focuses on emerging approaches for controlling light propagation in photovoltaic devices to improve optical absorption and power conversion efficiency. On the cover is a schematic rendering of a thin-film photovoltaic absorber (translucent magenta layer) integrated with nanostructured metal elements (small silver cylinders) that act to scatter incident light at selected wavelengths into guided optical modes in which light can propagate laterally, rather than vertically, within the absorber. This concept enables large increases in absorption of incident light to be achieved in thin layers by dramatically increasing the photon path length within the device. The wave structure below the device illustrates the lateral propagation of a surface plasmon polariton that is fired off in the lateral directions inside the device upon the incidence of solar photons. The graphic was created by Jao van de Lagemaat of the U.S. National Renewable Energy Laboratory. See the technical theme that begins on p. 424. 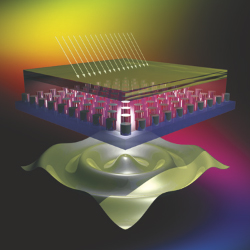 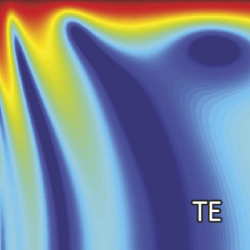 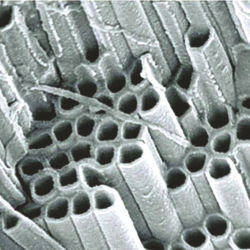 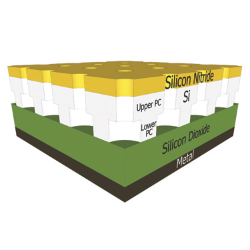 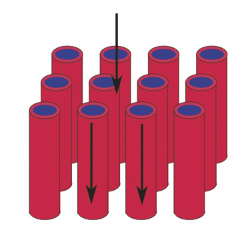