Rahul Rao is a student at Vanderbilt University studying Physics and English. We welcome comments and feedback on these articles via email toBulletin@mrs.org.

Some folks come into their fields of interest by happenstance—while focusing in one direction, life leads them into another. Such is the case with Jerry Floro, professor and associate chair for research in the Department of Materials Science and Engineering (MS&E) at the University of Virginia. He began by studying physics at the undergraduate level at Colorado State University. But he didn’t come into contact with materials science until he held a post-bachelor’s position at IBM, where he learned multiple thin-film deposition techniques, materials characterization, and vacuum technology.

This experience also led to great exposure to different types of ongoing research. “I heard from senior colleagues about what I initially believed was an ‘obscure field.’ ” This piqued his interest, which grew and eventually inspired him to leave his job and join the MS&E PhD program at the Massachusetts Institute of Technology.

It was during this time that Floro first came into contact with the Materials Research Society (MRS). He attended a Fall Meeting in Boston, Mass., at a time when MRS meetings were far smaller and more low-profile than today. Despite—or perhaps because of—this, Floro stuck around intrigued by the atmosphere and fascinated by the mind-set of the other attendees. Floro then chose to involve himself further. 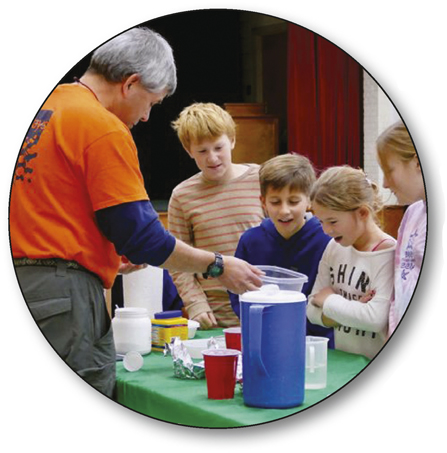 After several years of volunteering within MRS by organizing symposia, he was given the opportunity to chair the 2001 Fall Meeting in Boston, the same place he had discovered the organization. Unfortunately, the Meeting was held mere months after 9/11, and the heightened travel restrictions and darkened environment that followed. While attendance was affected negatively that year, according to Floro, many still made the trip to Boston, and “it was important toward getting back a sense of normalcy in our professional lives.”

Motivating his activities in outreach and in teaching is that Floro believes materials science should be more popular and better known. As he tells his students in an introductory-level course at the University of Virginia: “All human actions involve a material.”

Floro was the founding chair of the MRS Public Outreach Committee in 2005. During his three-year tenure, MRS became involved helping craft successful funding proposals for the Nanoscale Informal Science Education Network (NISENet) and the Making Stuff materials science-focused TV series that aired on PBS’s NOVA in 2011. According to Floro, MRS developed a reputation for public outreach out of proportion to the relatively modest size of the Society. This largely arose from the extraordinarily successful Strange Matter museum exhibit. “As a result of Strange Matter, we could approach major national organizations leading science outreach, and have a seat at the table.” 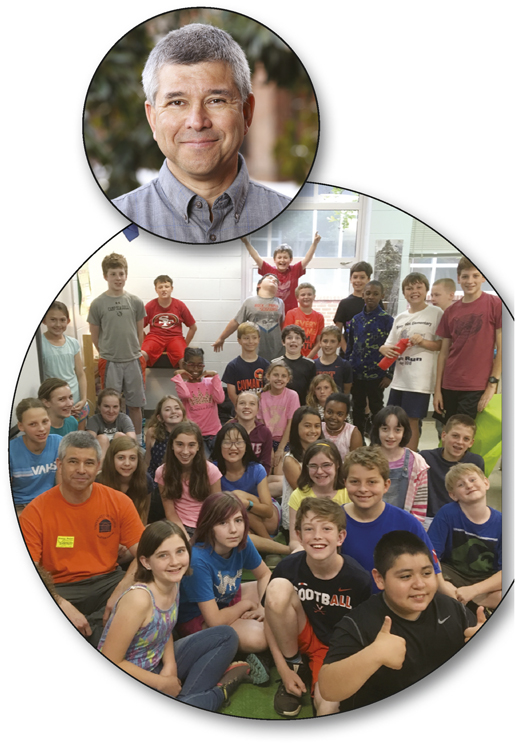 “For the NISENet proposal, we were able to show that MRS could mobilize scientists and engineers across the United States to participate in outreach and enrichment, and MRS ended up being the only scientific professional society asked to participate as a partner in the proposal to the National Science Foundation [NSF].”

Similarly, for Making Stuff, MRS worked closely with television station WGBH to create a competitive proposal to the NSF. The first proposal had a historical focus, looking at the development of materials and materials science over time. However, NSF wanted their scientific programming to look to the future. After a fortuitous intercession by Amy Moll, a professor at Boise State University, WGBH partnered with MRS to submit a second proposal, shifting the focus to the most groundbreaking bits of materials science. This proposal was what ultimately evolved into the four-part program that aired on television. Making Stuff was a landmark in raising awareness of materials science among the general public.

Floro now mostly practices outreach at the local, hands-on level. He and a group of graduate engineering students visit four or five schools a year to work with elementary school students, where the main goal is to show them that science is fun. They set up demonstration areas and allow the students to rotate in small groups through the exhibits, which feature everything from metallic glasses to hydrophilic absorption in diaper gel. This activity, called NanoDays, was the main product of the NISENet program.

Floro’s current research involves both thin-film epitaxial growth and self-assembly, as well as bulk materials processing via rapid solidification, thermomechanical treatment, powder processing, and solid-state phase transformations. “Everything I do in research is rooted in pattern formation at the nanoscale,” said Floro.

Floro served on the MRS Board of Directors from 2002 to 2004. He also led the Strange Matter Green Earth Subcommittee to create an international traveling museum exhibition on materials for a sustainable world, which helped to spin new MRS initiatives such as “Focus on Sustainability” programs. “MRS has become important, impactful, and respected in the landscape of outreach and education.”