The politics of work, family and community in India 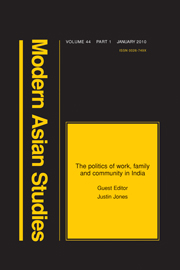