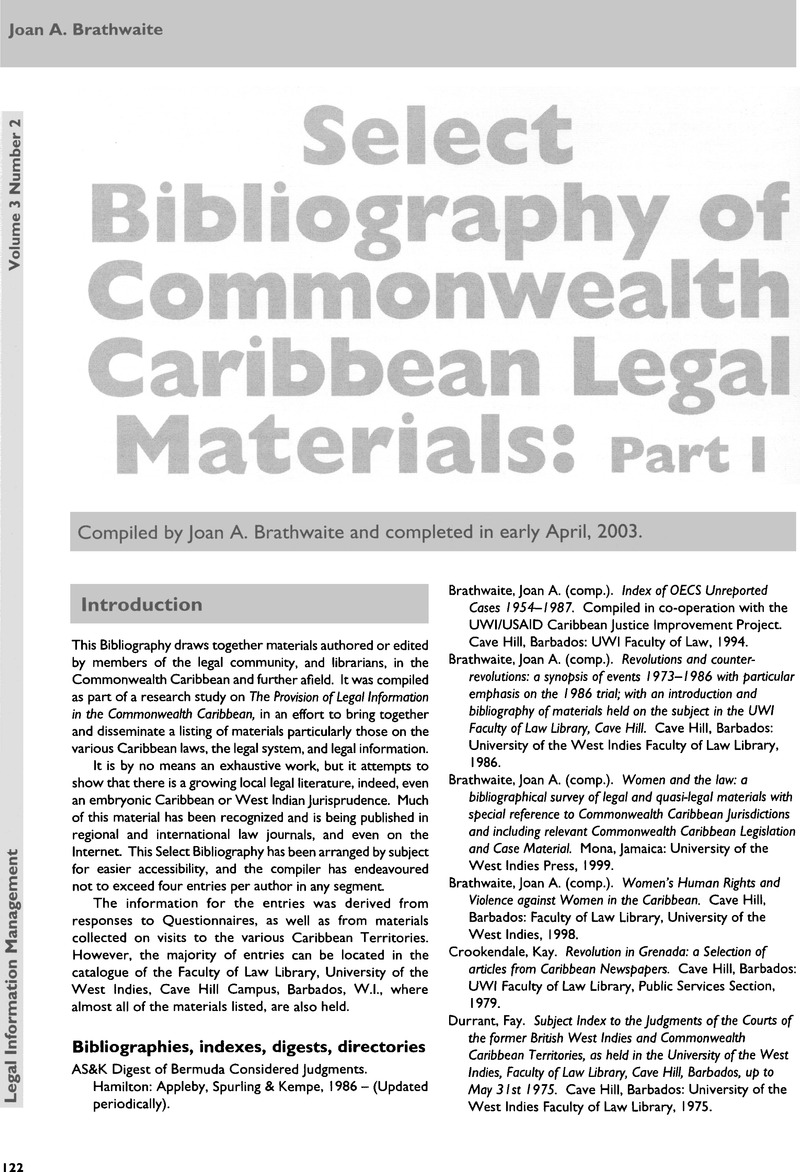 COPYRIGHT: © The British and Irish Association of Law Librarians 2003