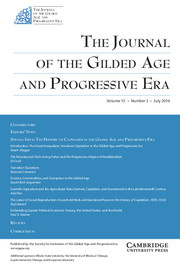 Scientific Agriculture and the Agricultural State