The origins of the Southeast Asian Cold War 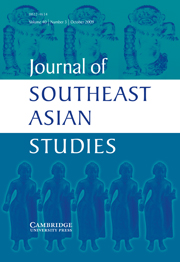