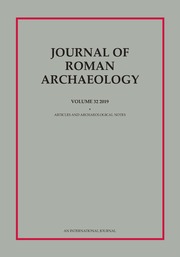 Advances in the archaeology of the Roman conquest