This is the second part of a thematic Focus Issue on the mechanical properties and microstructure of advanced metallic alloys, in honor of Haël Mughrabi. The papers were split to encompass both December issues of Journal of Materials Research. The first issue dealt with the topics of fatigue and fracture, while the second discusses high temperature and nanomaterials. The following introduction is common to both and was previously published in Journal of Materials Research Volume 32, Issue 23 - December 14, 2017.

This is the second part of a thematic Focus Issue on the mechanical properties and microstructure of advanced metallic alloys, in honor of Haël Mughrabi. The papers were split to encompass both December issues of Journal of Materials Research. The first issue dealt with the topics of fatigue and fracture, while the second discusses high temperature and nanomaterials. The following introduction is common to both and was previously published in Journal of Materials Research Volume 32, Issue 23 - December 14, 2017. Understanding the correlation between the microstructure and the mechanical behavior of materials has always been one of the key challenges in materials science. This particularly holds true for understanding of the response of materials to static and cyclic loading at low and high temperatures. Recent years have seen significant progress in these fields through the widespread use of new microscopic techniques such as focused ion beam (FIB), high resolutional and analytical TEM, micro- and nanomechanical testing approaches, atom probe microscopy, in-situ testing, and multiscale simulations. Contributions by Prof. Haël Mughrabi, who recently celebrated his 80th birthday, have been key to the development of these fields. His seminal contributions to a basic understanding of the fatigue mechanisms and to the new field of very high cycle fatigue were particularly important. The fatigue behavior of ultrafine-grained materials also met his thorough interests. Mughrabi also contributed to significant advances in the field of high temperature materials and especially single crystalline superalloys, where his work led to an improved understanding of the influence of the lattice misfit and the raft formation process. 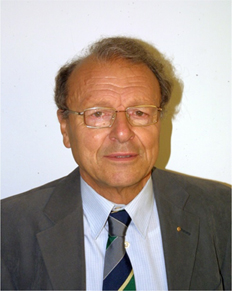 Haël Mughrabi’s life and career displays the remarkable life of an internationally oriented scholar, who always had very strong ties to people all over the world. He was born in 1937 in Stuttgart, Germany, however he grew up in Jerusalem, Palestine, and Cairo. In 1955 his family went back to Germany, where he studied physics at the University of Stuttgart and later on began his scientific career as a research associate at the Max-Planck-Institut für Metallforschung. He finished his doctorate in physics advised by Alfred Seeger in 1970. In 1978/1979 he held a visiting professorship at Cornell University, USA and from 1984 until his retirement in 2002 he was head of the Institute I for General Materials Properties in the Department of Materials Science & Engineering at the Friedrich-Alexander-University Erlangen-Nürnberg. However, after his official retirement he was and still is actively involved in research, interacting with younger researchers and serving the scientific community. For nearly 5 decades, Professor Haël Mughrabi has made numerous seminal contributions to the field and always kept close scientific contact with scientists from all over the world. 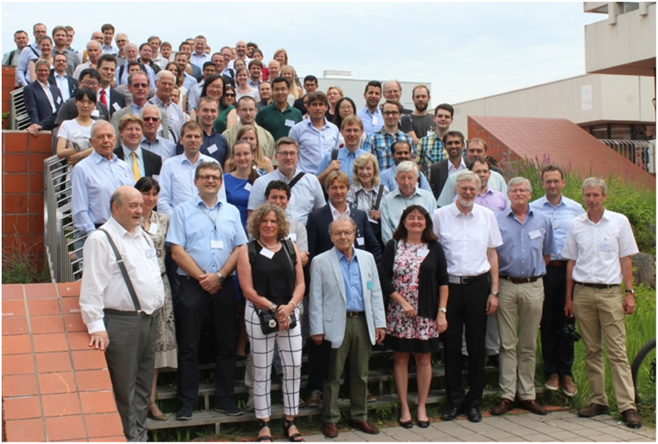 To honor Haël Mughrabi’s long lasting contributions in materials research, submission of papers have been invited to show the recent advances in our field of mechanical properties and microstructure of advanced metallic alloys. At the occasion of his 80th birthday an honorary symposium has been organized in Erlangen in July this year which was held together with the 28th Colloquium on Fatigue Mechanisms. Haël Mughrabi has been one of the founding members of this long lasting European conference series. Many authors and coauthors of papers from this Focus Issue have attended the symposium and the group picture shows Haël among the international group of participants.

The response to the call for papers for this Focus Issue was overwhelming, which shows that the activity in these research topics is very high. It also proves the gratitude and friendship that many colleagues feel towards Haël Mughrabi. In total, 33 papers were accepted for this Focus Issue, which due to the large number of papers spans over two separate issues of Journal of Materials Research.

The first issue compiles papers on recent progress on the fatigue and fracture properties of materials. Very well-known and highly cited are Haël Mughrabi’s seminal contributions to the understanding of the deformation mechanisms which govern metal fatigue, such as the discovery of the role of persistent slip bands (PSBs) and accompanying cell formation processes [Reference Mughrabi1] and about the importance of deformation irreversibility [Reference Mughrabi2]. In 1983 he developed his composite model [Reference Mughrabi3], consisting of hard dislocation walls of high dislocation density separated by soft regions of low dislocation density to describe the local and global deformation behavior during fatigue. The model shows, that substantial long-range internal stresses arise unavoidably as a natural consequence of compatibility requirements. The relatively new possibilities of FIB imaging allow quite simple investigations of the crack initiation sites as shown in the exemplary SEM micrograph, where extrusions formed by PSBs and their interaction with grain boundaries as discussed in the paper by H.W. Höppel et al. [Reference Höppel, Goik, Krechel and Göken4] are visible. In recent years the field of fatigue has been extended to cover also the very high cycle fatigue regime (VHCF). Also here, Haël Mughrabi laid out some basic concepts to describe the fatigue life curve at cycle numbers beyond the classical fatigue limit of 107 cycles [Reference Mughrabi5] and some papers in this Focus Issue show the large progress in the VHCF field.

In the second part of the Focus Issue, papers discussing recent advances in the fields of ultrafine-grained or nanomaterials and on advanced high temperature materials and high temperature deformation can be found. The mechanical properties and fatigue behavior of ultrafine-grained metals became a most important research topic in Mughrabi’s later years before retirement which resulted in a quite comprehensive understanding of the fatigue properties based on the very basic concepts of Morrow, Manson-Coffin and Basquin [Reference Mughrabi and Höppel6]. Also the field of high temperature materials has seen some important developments in the last years. For example TiAl alloys have made it now into application in aero engines and new γ/γ′ strengthened superalloys based on Co are very interesting emerging new materials. Results obtained by significantly improved transmission electron microscopic techniques allow a more detailed understanding of the deformation mechanisms and identification of the relevant deformation mechanisms. The cover picture of this Focus Issue shows a scanning electron micrograph with larger primary and smaller secondary γ′ precipitates of such a new polycrystalline alloy as discussed in the paper of L. Freund et al. [Reference Freund, Giese, Schwimmer, Höppel, Neumeier and Göken7]. Also in this area of research Haël Mughrabi’s contributions have been and still are very important. For superalloys the understanding of the raft formation processes and influence on the lattice mismatch is very important [Reference Mughrabi8]. For example Haël Mughabi quite recently pointed out the importance of the positive lattice misfit on the creep deformation behavior in the new Co-base superalloys [Reference Mughrabi9].

The 33 papers in the two Journal of Materials Research issues devoted to Haël Mughrabi show the significant progress achieved in the research areas which are close to him. As guest editors of this Focus Issue, we are very pleased to have attracted such a high number of notable contributions from so many colleagues and friends of Haël Mughrabi. Although the majority of authors come from different countries across the world, several papers have been devoted from former students and co-workers of Haël Mughrabi in Erlangen. We are grateful to all the authors who enthusiastically agreed to contribute to this Focus Issue as well as to all reviewers for their excellent work. Without their help, the publication of such a Focus Issue in a very strict timeline would not have been possible. The papers cover a very broad spectrum of topics in the area of mechanical properties and microstructure of metallic materials. We hope that the reader will find the collection of papers an interesting and useful documentation of the current state of the field and of recent advances. Furthermore, we wish to thank Haël Mughrabi for his extensive commitment to the scientific community and wish him all the best for the future. Of course, we do hope that he still will keep his interest in materials science but especially wish him many fruitful and pleasant interactions with scientists across the world for many years to come.

The cover image shows a scanning electron micrograph of a wrought polycrystalline Co-base superalloy after recrystallization as shown in the paper of L. Freund et al. Some larger primary γ′ precipitates are inhomogeneously distributed at grain boundaries and inside grains, whereas the smaller secondary γ′ precipitates with cuboidal shape cover a large volume fraction leading to the good high temperature strength of this alloy.