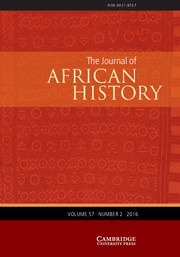 The Politics of Higher Education in South Africa