The Indonesian Economy in the Early Independence Period 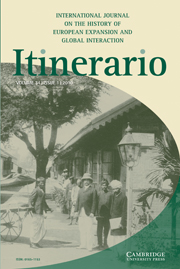