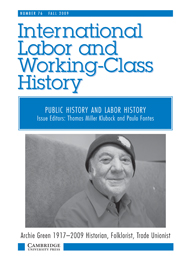 Reports from the Field